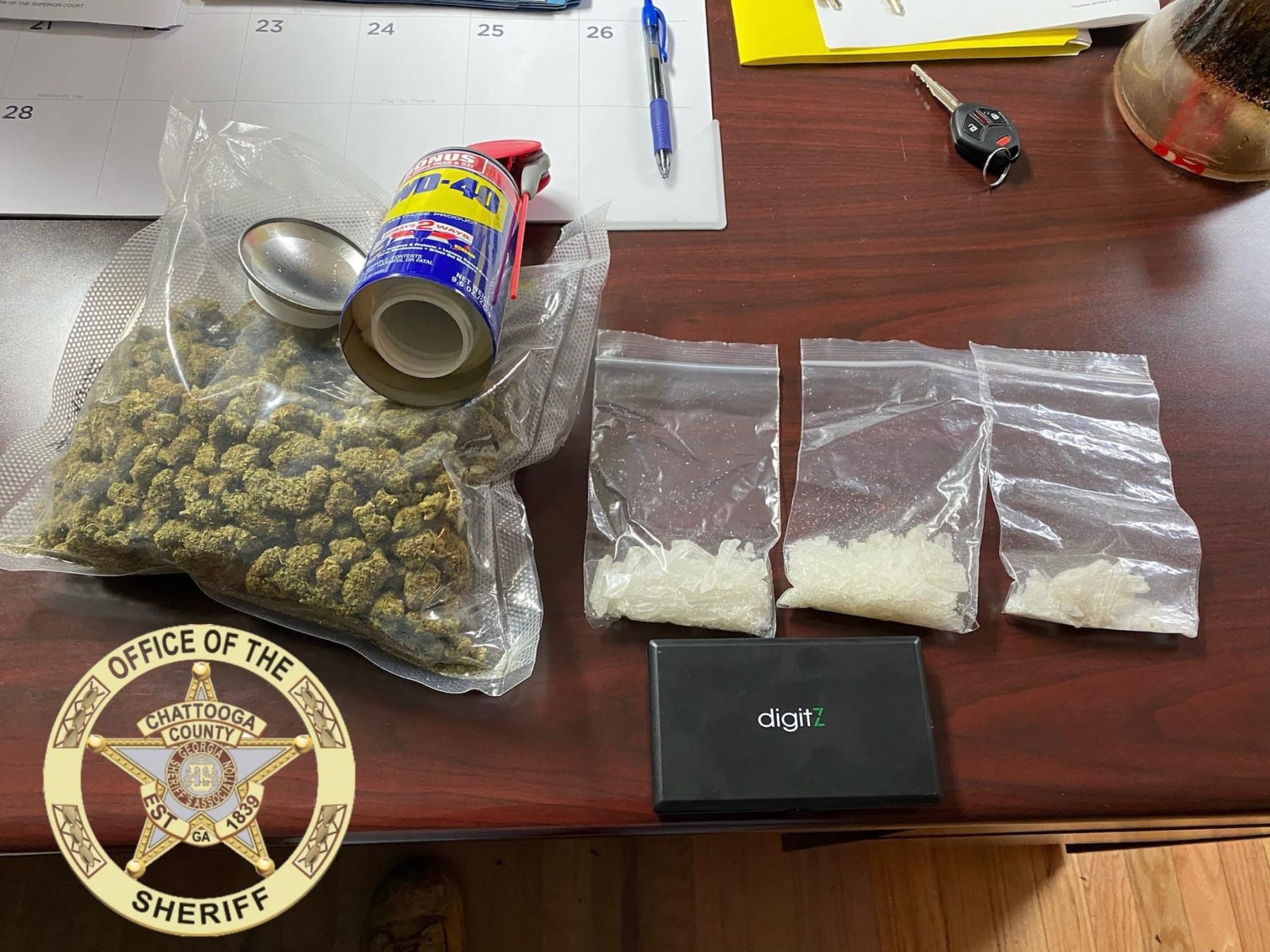 SUMMERVILLE, Ga. – The Summerville Police Department announced that they had made arrests in relation to the  possession and distribution of methamphetamine on Feb. 5.

They issued the following statement on their social media over the weekend.

Another great job of getting Meth off the streets! Thanks to Drug Agents from the Sheriffs Office, LMJC drug task force and Summerville PD.

Agents seized 2 1/2 ounces of methamphetamine that was set to be sold on our streets. They also seized about a 1/2 pound of marijuana.
Jennifer Lynn Allmon, 43, of Summerville was arrested and charged with several charges including Trafficking in methamphetamine, Possession of methamphetamine with intent to distribute along with other charges.

She was booked into the Chattooga County Jail.