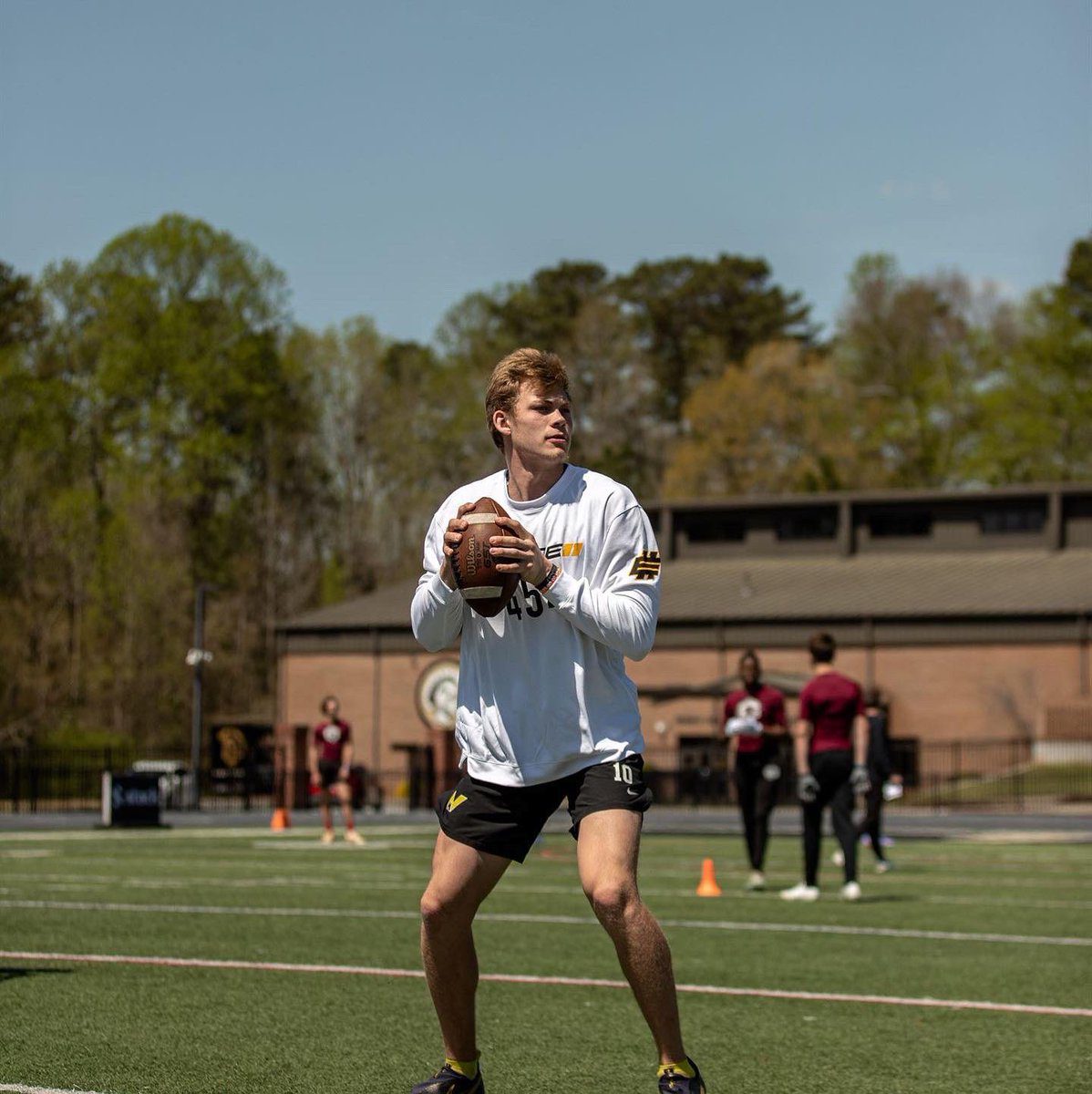 The team here at TeamFYNSports is starting a new series for this offseason where we will be posting our top 10 returning players for the “newly classified” Regions in our coverage area, starting with Region 7AA.

Haralson County, North Murray, Murray County, and Rockmart are the newcomers to Region 7AA this year and they bring a lot of talent along with them as they join 7AA veterans Fannin County, Model, and Gordon Central. 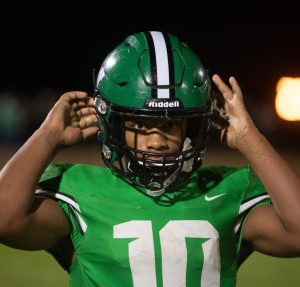 The 5’10”, 185lb class of 2023 linebacker led his team in tackles with 74 in his Junior campaign last year. Perhaps the more impressive statistic however is the fact that 53 of those were solo tackles and he was able to get into the backfield multiple times, recording 6 tackles for loss. He was also used on the offensive side a bit, recording  139 rush yards and 73 receiving yards.

Maybe a little undersized for a middle linebacker, Flood uses his small stature as one of his strengths. He flashes into the backfield through the smallest of holes and also is a great chase down tackler if the offense is able to get to the second level. 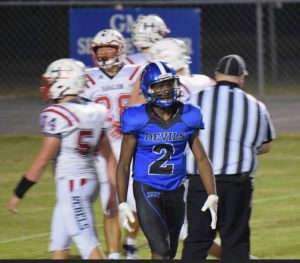 Pure speed. The 6’0″, 187lb class of 2023 running back/defensive end is lightning quick. Jolly’s HUDL account says he runs a 4.54-40 yard sprint, but I would bet money he can run it even faster at this point in his career. He was crowned region champ in the 100M dash this year, posting a time of 10.82. To go along with his blistering speed, Jolly also has pretty solid hands coming out of the backfield. A two-way threat, he shows his toughness on defense and does not shy away from contact. The ball carrier is on the ground immediately when Jolly makes first contact. 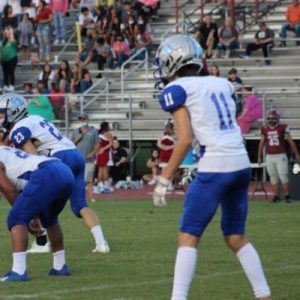 Skyler Hill has been a kid who has been talked about since his freshman year. Everyone has been waiting to see what he could do once he matured and got some weight behind him. Now a 6’1″, 170lb rising senior, the safety is poised to have a breakout season with the Warriors. Hill led his team in tackles last year with 48, but wasn’t able to add to his interception total. I would look for that to change this year. 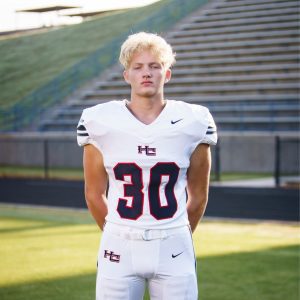 The first of the class of 2024 to crack the list is a 6’1″, 200lb defensive menace in Ethan Bell. Bell recorded 11 tackles for loss last year as a sophomore, and was third on his team with 83 total tackles. Even though Bell will only be a Junior this coming year, he will definitely be the anchor of the Rebels defense and he will help fill the leadership void that is left with the departure of Clay Hyatt. Barring injury, Bell is easily a 100+ tackle guy this Fall.

The first of 2 Fannin County defensive players to make this list, Cade Sands is returning to help lead a very SCARY Fannin County defense this Fall. Sands recorded 103 total tackles last year with 11 tackles for loss. Sands is also good in pass coverage, as he had an interception and 2 passes deflected last year. Sands also had 2 receiving touchdowns to his credit last season and could become a threat offensively if given the opportunity. 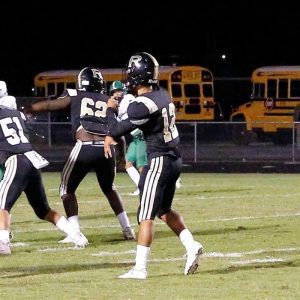 As a Sophomore, the 5’9″, 175lb JD Davis accounted for 1,465 yards of offense for the Rockmart Yellowjackets. He threw for 958 yards and 12 touchdowns, and did not throw an interception all of last year. With another year of experience under his belt, Davis’ Junior campaign should be one to watch. His favorite target Dennis Sims returns at wideout along with JoJo Haynes at running back. With these weapons Davis should absolutely light up these 7AA defenses.

The 6’0″, 180lb receiver runs a 4.6 40 yard dash and also has some of the softest hands you’ll ever see. Jadyn Rice had 1,123 receiving yards last year as a Junior, and will look to surpass that number in his Senior season. Rice has the speed, but he doesn’t simply try to outrun the coverage. He is a very efficient route runner and was able to shred some of the best defenses in 6AAA. His biggest tests this year will be against Fannin County and Rockmart, but with Seth Griffin throwing him the ball I would still bet he’s gonna get his in those matchups. 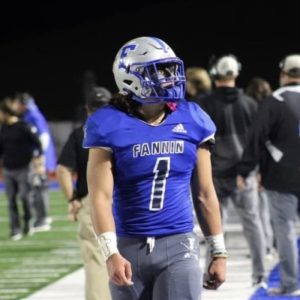 190 tackles through 2 years of Varsity football for Fannin County’s Andrew Waldrep is nothing to sneeze at. Last season, Waldrep recorded 118 total tackles, including 82 solo tackles and 19 tackles for loss. The hardnosed hitter also hauled in an interception last year and forced three fumbles. With Cason Owensby gone, Waldrep will be the leader of a Fannin County defense that could be the best in Region 7AA, if not all of AA football. Waldrep is poised for a Defensive Player of the Year type of Senior season. 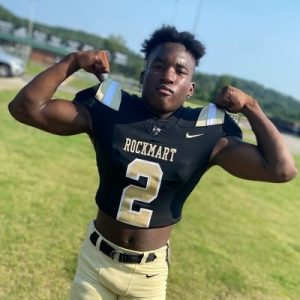 It’s hard to put into words what JoJo Haynes brings when he steps onto the football field. The 5’9″, 150lb athlete has a handful of offers already, and he should pick up a couple more if he and JD Davis and the Rockmart offense are able to stay on the same page this year. Haynes led the Jackets with 76.8 rushing yards per game last year, and also snagged 2 touchdown passes out of the backfield. Defensively, Haynes doesn’t fill up the stat book-but that’s not his fault. Quarterbacks know not to throw his way when Haynes is in man coverage. Even still, with limited opportunity he hauled in 2 interceptions last year. Haynes finds himself at number 2 on this list as of now, but he could give our #1 Seth Griffin a run for his money for FYNSports North Georgia Player Of The Year by the time its all said and done.

The odds on favorite for Player Of The Year entering into the 2022-2023 football season, North Murray’s Seth Griffin is an elite quarterback. Griffin threw for nearly 3,000 yards in his junior season, amassing 32 touchdowns and 252 rushing yards along the way. With his favorite target in Jadyn Rice returning and with the two having another offseason to build chemistry, Griffin could hit the 3,500 yard-35 touchdown mark in his Senior campaign. It is also worth noting that this year Griffin will be competing against 7AA defenses that maybe aren’t as used to defending the pass as his former 6AAA opponents.